Calvin Harris just can’t be stopped. GQ’s Man of the Year just dropped his new single with the catchy hook that is already stuck in our heads. “You were the one thing in my way…”

Out of nowhere, yesterday Borgore gave us a new free download of his track, Daddy. He’s hitting the road to a city near you: safeinsound.com

There’s been a lot of growth in Mac Miller’s music lately and his new album, “The Divine Feminine” is proof. Packed with features from Bilal, Anderson .Paak, Ty Dolla $ign, CeeLo Green, Ariana Grande and Kendrick Lamar. This smells like an album influenced by his new boo Ariana Grande if you ask us, but we’ll let you decide. Take a listen below:

Okay, so it’s not a brand new release but Frank Ocean’s highly anticipated sophomore album is finally available on Spotify so there’s no excuse to not vibe out to Frank if you haven’t yet.

Dillon Francis teased his new track earlier this week with the vocals of Will Heard. The official lyric video is out now and you can also take a listen on Spotify.

Earlier this week, deadmau5 premiered a brand new unreleased progressive house track at Ultra Music Festival in Singapore. Thankfully, someone recorded the audio from the livestream and uploaded it to YouTube for the rest of us that may have missed it.

“An Original joint for yall feat. the homegirl Jvzel… some of you guys keep telling me i should rap again too… so threw a tiny verse on this one for yall <3” – Yultron via SoundCloud

Steve Aoki – How Else Remixes

Steve Aoki’s, How Else gets remixed by David Guetta, Kayzo and Late. Listen to the remix playlist below.

Major Lazer has been on our Fresh Music Friday for the past few weeks with oceans of Cold Water. This week, the official dance video was released for you to dance along with this weekend.

Phantogram is back at it this week with a new track from their upcoming album, “Three.”

This is the first we’ve heard of JAHKOY and we’re sure it won’t be the last. With ScHoolboy Q, California Heaven is the perfect song to ride to this weekend.

M.I.A has released her fifth studio album earlier this week, “AIM” loaded with 17 tracks. Take a listen and let us know what you think!

This new album is a great example of how they’ve grown musicians, def worth the listen if you’re an old school TBS fan.

Tinashe just wants some company on her latest single. Some good R&B vibes on this track and we’re even including a little flashback Friday of an old shoot we did with Tinashe for our Tracks Air. 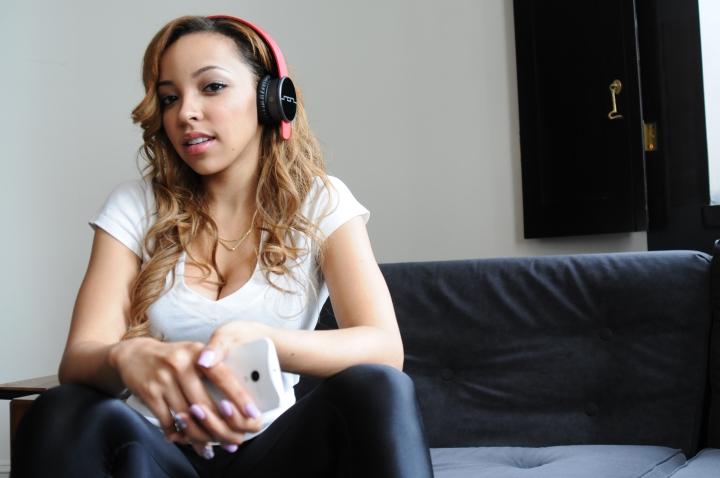